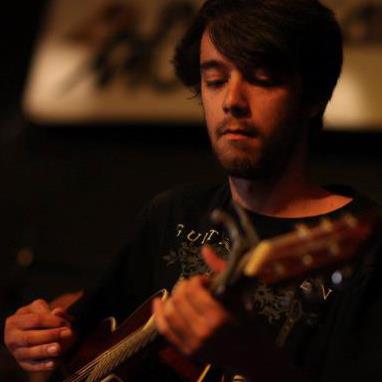 Alex has been learning guitar with Al Pascal since 2002. During the time spent being involved with the school, it has become clear that music is and always will be his passion in life. In his secondary school years he worked hard with the Performing Arts Department helping to provide musical support for their plays and concerts whilst studying for his music and music technology GCSE and A level.

Whilst he watched his younger brother learning drums with Al Pascal Music School, Alex thought this would be something he might be good at and began practising drums and bass guitar whenever he could tear himself away from his electric guitar. Soon after this, he became fascinated with music recording and production, and began to set up his home studio producing his own song ideas as well as recording with numerous bands.

Since the age of 15, Alex has made a presence in the London music scene in 3 bands, playing guitar, bass and drums. In this time he has gained invaluable experience in live music, performance and song writing.

Alex has been working closely with Al Pascal helping to develop students skills and techniques, both in the concerts and workshops since they first began, as well as providing backup on a session basis wherever it has been needed.

Special day today so I thought I’d upload my pi

More great talent to join us at #eastbarnetfestiva